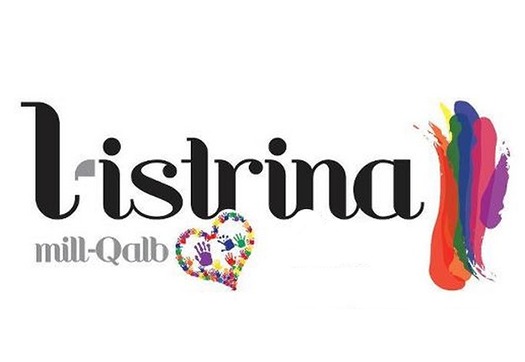 L-Istrina is Malta’s major charity event, and is organised by The Malta Community Chest Fund. The 12-hour TV marathon in aid of charity will be aired on Thursday 26th December, on all local TV stations, TVM, Net Television, One, Favourite Channel, Smash from 12h05 onwards.

This year it will be held at the Mediterranean Conference Centre (MCC) in Valletta with links from Smart City Malta, Costa Deliziosa Cruise ship in Valletta and Teatru Astra in Gozo. A parents and kids area will be set up at the MCC Sacra Infermeria with a winter wonderland theme of candy, Christmas decorations and a general feeling of being immersed in a Christmas village. Moreover, parents and kids will walk through and experience interaction with Mickey and Minnie, Cinderella, Snow White and Belle, pirates, Harry Potter, Super Heroes and Father Christmas. The experience at SmartCity will be amplified this year with the Laguna Walk area being used on the day. The Astra Theatre in Gozo will be responsible to organise a spectacle urging people to drop in and participate.

But what is l-Istrina?  All the donations collected from the Istrina events are passed on the Malta Community Chest Fund (MCCF), a charitable institution chaired by The President of Malta. The aim of the institution is to help philanthropic institutions and more importantly, the individuals with different needs.  The Fund does not receive any funds from the Government, however, throughout the year, various activities such as balls and concerts are organised by the Fund and also by the Office of The President to raise funds.  The Malta Community Chest Fund also relies on the generosity of corporate companies and the general public for the collection of money.

The Maltese people as a nation are unbelievably kind hearted and generous, and always ready to give a helping hand, even more so when it comes to charitable institutions. And when Maltese hear that fund raising in aid of l-Istrina is happening, then be sure that the Maltese will be there to help and give their utmost.

Last year, by the end of the TV marathon, l-Istrina had gathered over Euro 3,200,000, beating the previous year’s record, and all this in 12 hours, from a tiny island nation of just over 400,000 people. The funds raised are then distributed by the MCCF to philanthropic institutions, NGOs and individuals in need, such as those needing medical care abroad. A variety of activities have already taken place, such as the Piggy Bank Campaign, followed by the Tisjir mill-Qalb recipe book, the Fine Arts Auction, The President’s Charity Fun Run, Paqpaqli ghall-Istrina , Sports mill-Qalb, and the Malta Police Force Charity Ride.

So if you happen to be on our Islands on the 26th December, and want to see generosity, love, and a strong sense of community, just tune in to any of our local TV stations, or simply pop by one of the venues!